What is Crude By Rail?

UPDATED (June 20, 2019): The status of Grade Separation Recommendations, Appendix C, has been updated in the link below:

Vast deposits of petroleum-bearing shale lie under parts of North Dakota, Montana and Saskatchewan. In the early 2000s, new technology such as directional drilling and hydraulic fracturing allowed these oil deposits to be commercially developed. This led North Dakota's Bakken oil field to become one of the largest in U.S. history. The remote location of the oil field lacked pipeline infrastructure to get the oil to market, so the oil industry turned to railroads to transport the oil. Today, more than two-thirds of the field’s daily production of 1.2 million barrels is shipped by rail, with most of it moving through Minnesota. See frequently asked questions

What is MnDOT doing?

MnDOT is taking an active role in tracking the growth of this transportation trend and is identifying ways to make this unprecedented movement of the highly volatile flammable oil safer for residents of the state. The agency is collaborating with the Federal Railroad Administration on expanded safety inspection for track and hazardous materials handling, providing technical assistance for initiatives by the Governor, Legislature, and congressional delegation, and working with railroads and shippers to upgrade safety and community relations. Within its jurisdictional responsibilities, MnDOT is actively working to improve grade crossing safety to reduce collisions that could result in derailments and fires. 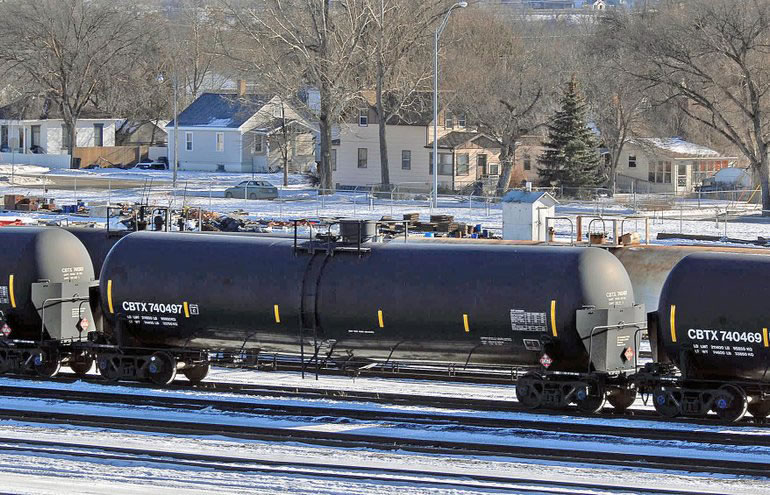 Railroads are involved in interstate commerce and are regulated primarily by the federal government. The State of Minnesota and its communities have responsibility for safety at highway crossings, while the railroads have responsibility to maintain any safety equipment once it is installed. MnDOT has authority to determine safe installations at these crossings and require changes if necessary.

The Pipeline and Hazardous Materials Safety Administration, in partnership with the Federal Railroad Administration has responsibility for railroad safety and railroad car standards. These agencies have worked with the railroads and oil industry since the Lac Megantic, Quebec train derailment in July 2013, that left 47 people dead from the resulting fire. MnDOT, Gov. Dayton, and a congressional delegation are working in cooperation with PHMSA and FRA to improve standards and operating rules. The resulting new rules and tank car standards were adopted Jan. 15, 2015, and will take about three years to put a new and safer tank car fleet into operation.

Of the 4,400 miles of railroad in Minnesota, 700 miles are used to transport unit trains of crude oil. The BNSF and Canadian Pacific railways carry Bakken crude from North Dakota through the Twin Cities and other areas of the state and on to Wisconsin for delivery to the east coast and Gulf Coast. Canadian National carries limited quantities of Alberta Heavy Crude Oil from the tar sands through International Falls and Duluth.

Five to seven fully loaded trains of Bakken crude oil pass through the state each day, each carrying about 3.3 million gallons of highly flammable light sweet crude. This increase in train traffic, coupled with a steadily growing railroad business in other products, including grain, iron ore, sand, and containers, has caused increased blockages at grade crossings. These blockages delay emergency response vehicles on a regular basis and limit community circulation. 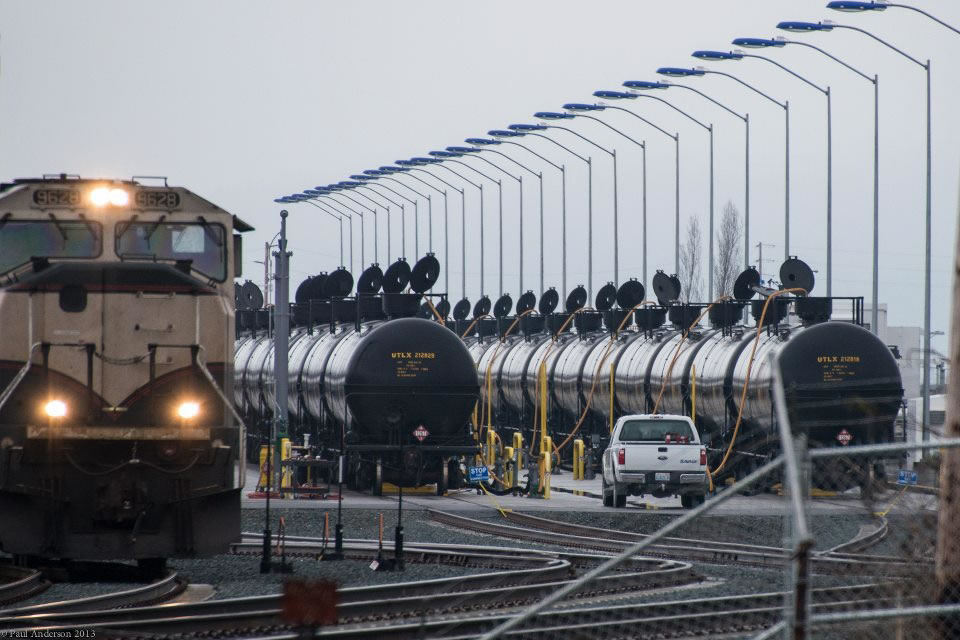 The presence of these full trains of flammable material also poses a threat of a catastrophic fire in the event of a derailment and rupture of some of the tank cars. This crude oil ignites easily and burns ferociously. The recommended practice is to first evacuate a half-mile radius from the incident location and then contain and fight the fire. Immediate emergency response is the role of the first responders, who are typically from the community fire and police departments. Local responders need to be prepared with proper training and have contacts to bring in assistance.

The railroads and Department of Public Safety offer emergency response training to prepare for such an event. While the railroads have steadily improved their safety record over the last 30 years, the danger is never totally removed. In MnDOT’s Grade Crossing Safety Study, the impact zones were mapped and grade crossing sites ranked according to the potential risk to residents and travelers in the event of such an incident.