Completed in 1942, the Winona Bridge carries State Highway 43 over the Mississippi River between the city of Winona in Winona County, Minnesota, and the town of Buffalo (Wisconsin Highway 54) in Buffalo County, Wisconsin. The bridge includes a three-span, steel, riveted cantilever through-truss with deck truss approach spans. Special consideration was given to the overall appearance of the main spans, which were adapted from a similar bridge erected at La Crosse, Wisconsin. The pier columns feature an integrated design of Moderne stylistic elements that blend with the carefully designed form of the cantilever truss above.

The Winona Bridge is significant as the state’s only surviving example of a pre-1946 cantilever through-truss. This bridge type, used for long spans over navigable water, requires significant engineering. The bridge is also significant as a main arterial route over a major river crossing. In addition, it was vital to the economic life of Winona and the movement of defense materials during World War II. 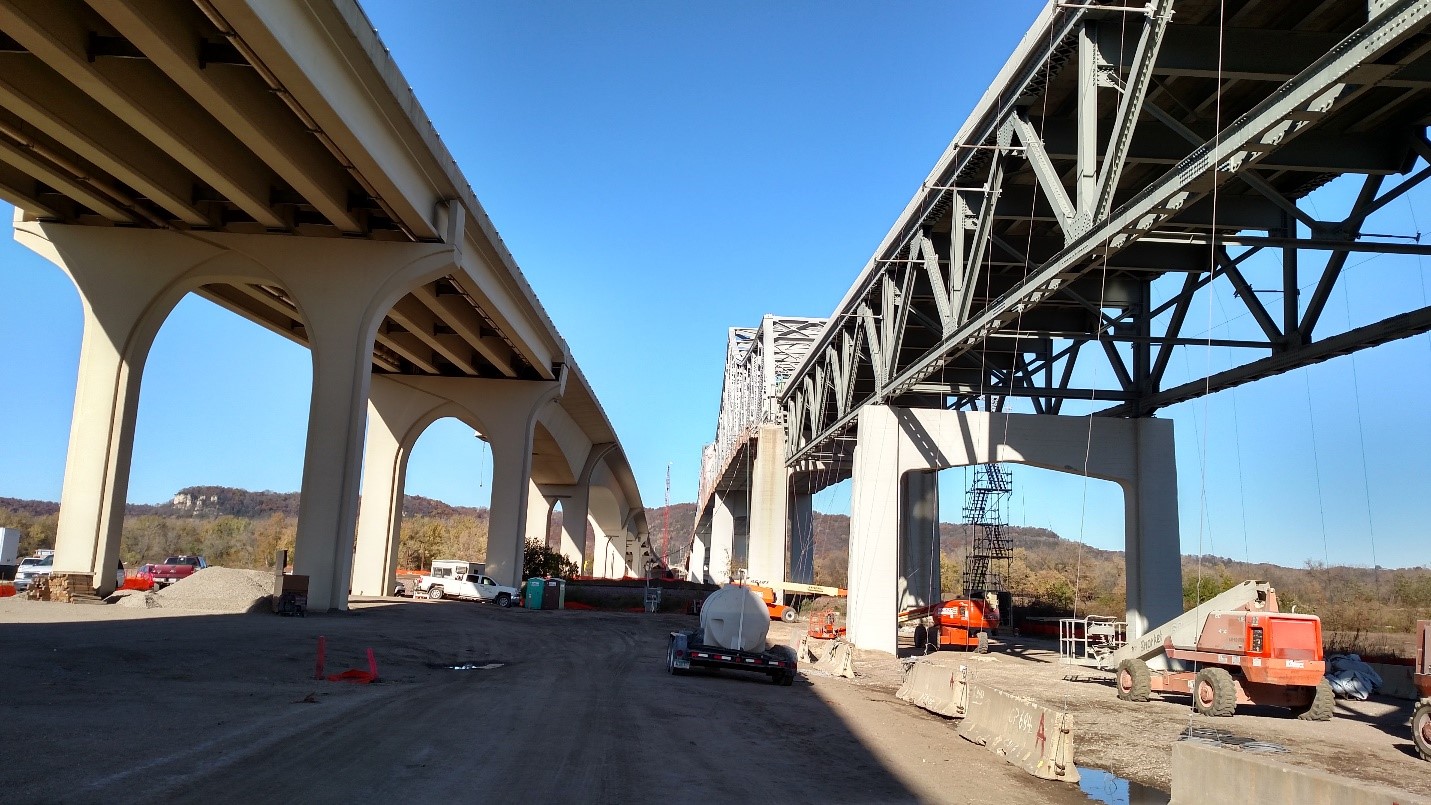 Between 2016, when the new Winona bridge was completed, and 2019, Bridge 5900 was fully rehabilitated. The cantilevered through-truss main spans received extensive steel repairs and members were retrofitted for redundancy as required by state statute. The deck-truss approach spans were replaced with new replica spans and the concrete approach spans were replaced with new prestressed-concrete spans.