Albert Lea is a city of 18,000 residents located in south central Minnesota near the Iowa border. The city has a diversified economy with a strong agricultural sector. In 2015, MnDOT implemented a road diet on Minnesota State Trunk Highway 65/South Broadway Avenue on the south end of Albert Lea’s downtown. The road project was one component of a larger public health initiative and community visioning process called the Blue Zones Project. Early data indicate that the road diet has been a success and has contributed to a reduction in vehicle crashes.

Blue Zones Project – A greater focus on walking and bicycling 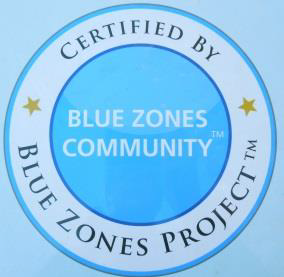 In 2009, Albert Lea’s population had been slowly declining and the downtown had a growing vacancy rate. That year, the city agreed to participate in the nation’s first Blue Zone’s pilot project – an effort to improve community well-being by drawing on lessons from the healthiest communities around the world.

A major goal of the Blue Zones project is to increase rates of walking and bicycling. In 2009, Albert Lea became one of the first cities to adopt a complete streets policy. In 2013, the city initiated a major downtown revitalization project. Water and sewer infrastructure was modernized and North Broadway Avenue – a city-owned street – was reconstructed. Sidewalks were widened, bump-outs were added at intersections, and a key downtown park was improved. The downtown investments totaled $4.5 million. 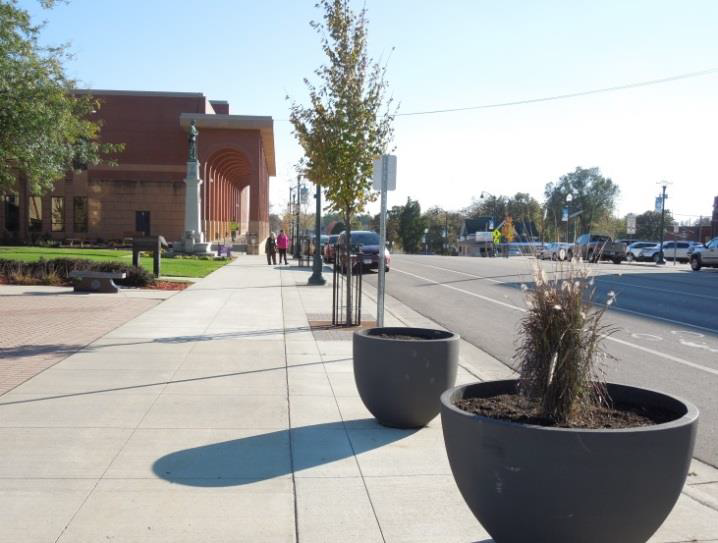 In 2014, MnDOT began planning a mill and overlay for Highway 65/South Broadway Avenue on the south end of Albert Lea’s downtown. The city asked MnDOT to evaluate the feasibility of a road diet – converting an existing four-lane, undivided roadway segment to a three-lane segment consisting of two through lanes and a center, two-way left-turn lane.

That segment of Highway 65/South Broadway carried around 7,000 vehicles per day. Crashes occurred most often when drivers switched lanes to go around turning motorists. The consulting firm Bolton and Menk prepared a study of possible improvements and recommended that the segment of roadway be reconstructed as a three-lane road.

MnDOT’s Rochester District was supportive given the success of road diets elsewhere. During the public engagement process, members of the community including commercial truck drivers expressed concerns about a conversion from four travel lanes to three. Some felt that the new center turn lane would be confusing. Others wondered if traffic would move too slowly and result in increased commute times. There were also concerns that traffic would back up at a railroad crossing.

Ultimately, the Albert Lea City Council approved a full reconstruction of South Broadway Avenue between 7th Street and Main Street. The project included a road diet, replacement of sidewalks and traffic signals, new decorative lighting, trees, and bump-outs for pedestrians at key intersections. Bicycle, pedestrian, and livability improvements to a MnDOT roadway are much more affordable to a local community as part of a planned roadway reconstruction. Options and funding are limited for a mill and overlay.

South Broadway Avenue before the project 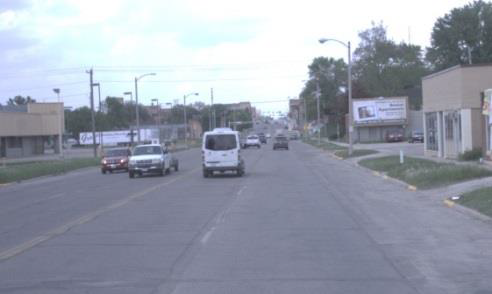 Roadway width: 64 feet wide
Travel lanes: Two driving lanes in each direction (12 feet each)
Bike lanes: None
Parking lanes: One on each side (8 feet each) 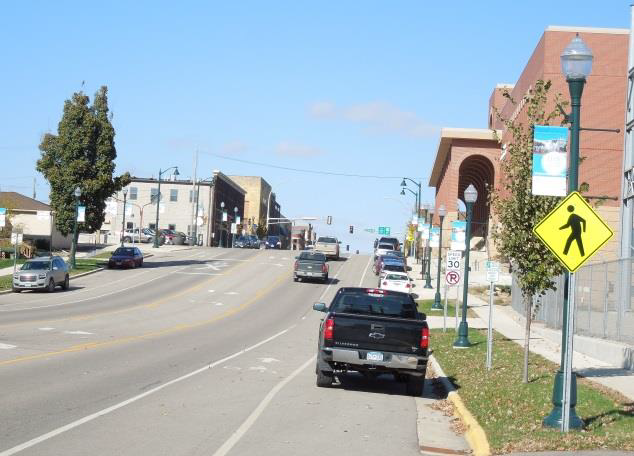 MnDOT design guidance for State Trunk Highway 65, which is a minor arterial with slow speeds and low traffic volume, would have allowed a narrower roadway. Travel lanes could be as narrow as 10 feet and a parking lane of 7-10 feet. Narrower lanes and narrower street width are associated with fewer crashes. (See MnDOT’s Technical Memorandum No. 17-12-TS-05 and No. 18-09-TS-06). 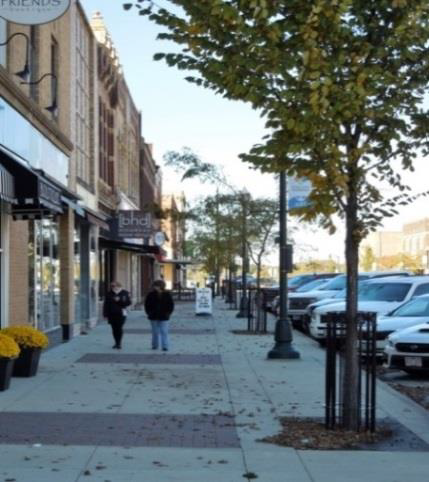 MnDOT data show fewer crashes in the four years after the conversion was implemented on Highway 65/South Broadway Avenue. According to city staff, average vehicle speeds have dropped slightly to just below the posted speed of 30 mph. Several more years of data will be needed to identify clear trends.

Results of the Blue Zones initiative in Albert Lea include: