We’re looking at the beginning of a prestressed concrete bridge beam. This will be a prestressed, pretensioned beam, meaning that the stressed elements are in place before the concrete is poured around them.

In the fabrication stage below, we can see the highly tensioned steel “strands” or wire cables, which are the very long horizontal lines at top and bottom and diagonally across the middle, all extending from one end of the future beam to the other. The green vertical steel elements, curved and shaped at the top and bottom, are the traditional “rebars” or reinforcing steel, creating the steel cage that gives shape and added strength to the finished beam. The steel strands are stretched to create an extremely high state of tension or stress and anchored in the large yellow bulkhead at the end of the beam, seen in the photo below. When stretched and stressed, the strands will become 20 to 30 inches longer. You’ll see the cut ends of the elongated strands extending out to the right of the yellow bulkhead. The long prestressing and fabricating bed allows more than one beam to be made at the same time, end to end in the photo below. For economy and efficiency, the steel strands are pulled and tensioned through two beams at once. 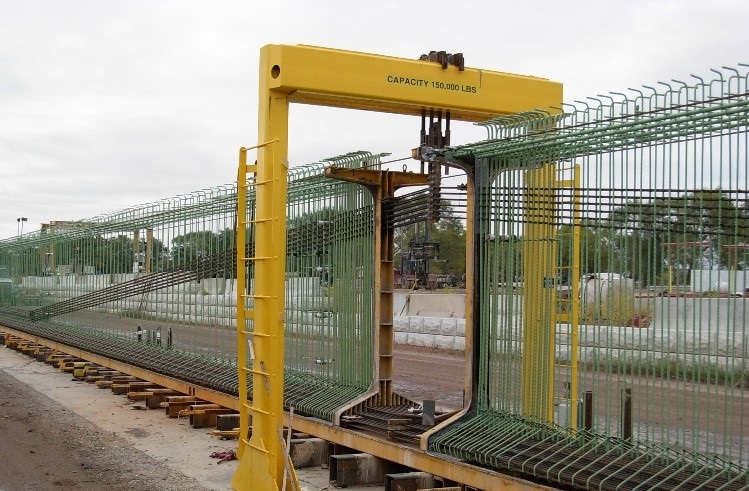 After all the steel is in place, yellow metal forms are positioned on both sides of the steel cages (below) for the concrete mix. The metal forms will create the traditional I-beam shape of the finished prestressed concrete beam. 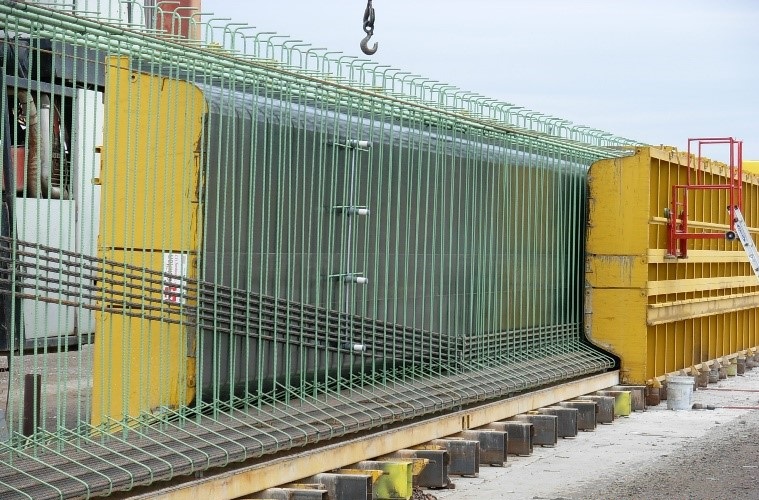 With the yellow metal forms in position around the steel cage, concrete is poured into the tops of the forms in the photo below. 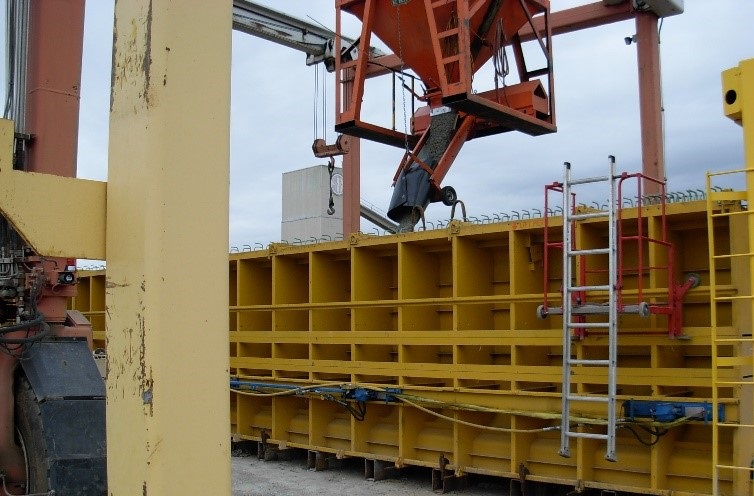 When the forms are removed, the finished concrete beam emerges, displaying its iconic I-beam shape below. It is now “prestressed pretensioned,” because the concrete has formed and hardened around the tensioned steel strands. At that point, the strands are cut at the ends of the beams. The stretched steel strand wants to return to its original, shorter length, but the concrete hardened around it prevents it from returning back. The force in the strand is induced to the concrete to put the concrete beam in in a state of high compression as the stress is incorporated into the whole beam. This beam is now ready to be hauled to a bridge construction site, below. 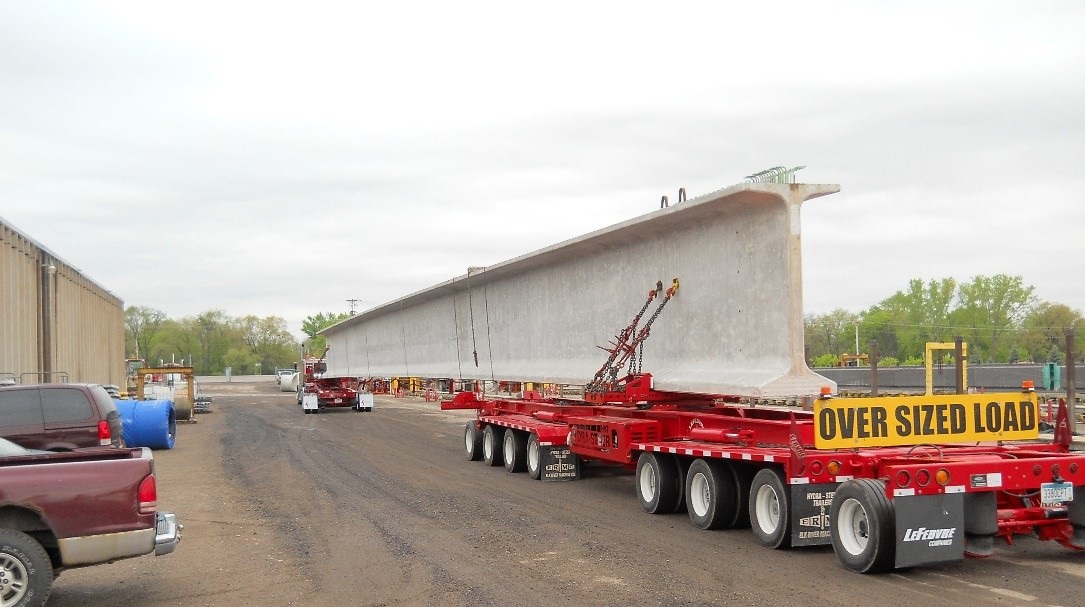 Some prestressed concrete beams are huge!

The weight of the larger beams can exceed 100 tons and be as long as 180 feet. Special trucks with multiple axles may be required to distribute the load into the roadways. And a “steerable” trailer in the rear might be needed to get around corners.